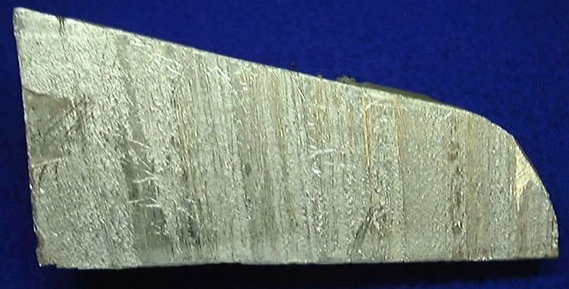 Aluminium, known as aluminum in the USA, is a light, soft, silvery-white metal and is the most commonly occurring metal in the earth's crust. [1]

Aluminium is around one third the weight of steel. Although it is reactive, when exposed to air a thin layer of aluminium oxide forms quickly, protecting the metal from further corrosion. Aluminium is highly reflective even when powdered, meaning it is often used in silver colored paints. [1] It is also a good conductor of heat and electricity and is often used as a material for heatsinks.

Aluminium is not found pure in nature but combined with other elements - and is contained in over 270 different types of mineral - including feldspars, corundum, beryl, cryolite, garnet, spinel and turquoise. It is most commonly mined from the mineral bauxite. [1]

Global aluminium production is over 30 million tons per year and rising, ostensibly by the large development in countries such as China. [1]

Aluminium is typically refined by smelting, using the Hall-Héroult process. Aluminium oxide is dissolved in a vat of molten cryolite and electrolyzed by passing electricity through it. Molten aluminium is produced at the cathode and carbon dioxide at the anode. The electricity passing through the mixture also generates the large amount of heat required to keep it molten. Huge amounts of electricity are required - and for this reason aluminium smelters are often positioned close to power stations such as hydroelectric power plants. [3] Aluminium has only been produced on a commercial scale since 1854 - and before the Hall-Héroult process was developed, aluminium was very difficult to extract and considered to be an extremely valuable precious metal. [4] An old legend states that Napoleon once held a banquet at which the most honored guests had eating utensils made of aluminium, with gold being considered less "exotic"!

Although the world has high and growing demand for aluminium, there are large reserves and so it is anticipated that these will last for many centuries. Aluminium is critical to the world's economy but is produced by several countries. This generates a broad supply base and so it is unlikely that there will be major discrepancy between supply and demand. [2]

Additionally, much aluminium is now recycled, which will extend the reserves further. It's estimated that almost 75% of the aluminium ever mined remains in use today. [4] It fetches a relatively good price as a recycled material and this encourages widespread collection and recycling.

Aluminium is the most widely used metal after iron. It has a huge range of uses, including construction / structural materials, transportation, food packaging, heatsinks, casings for electronic equipment, overhead power lines and even coins. [1]

Powdered aluminium is used in paint and in some solid rocket fuels. [1]

Aluminium was once widely used in cookware although concerns over toxicity have meant that other materials such as stainless steel or cast iron are now often preferred. [1]

Aluminium oxide, also known as corundum, is the material of which sapphire and ruby are made. In addition to the natural gemstones, synthetic corundums are created and these are used in lasers. [1]

Compounds of aluminium also have a huge number of uses across the spectrum of industry - from papermaking to ceramics to cosmetics to leather tanning. For a couple of examples, aluminium borohydride is used as a jet fuel additive, and aluminium sulphate is used in paper manufacture, in water purification and in certain fire exinguishers. [1]