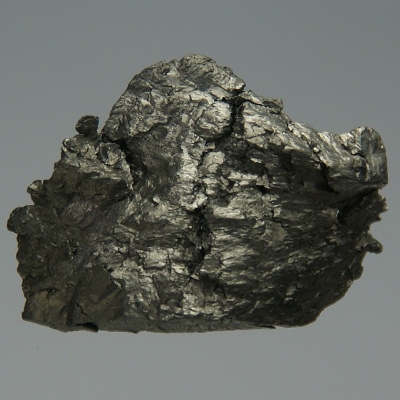 Gadolinium is a silvery-white, malleable and ductile metal in the rare earth metals group. It is element no. 64 in the periodic table. It was first found observed the mineral gadolinite in 1880, and was named after Finnish scientist Johan Gadolin, who had isolated yttrium oxide from gadolinite in 1792. [1]

Gadolinium is a member of the lanthanide series of elements, and as these have strong similarities, it is difficult to separate them. It was not until 1935 that gadolinite was first obtained as a pure metal. [2]

Gadolinium is a reactive metal and so does not occur naturally in pure form. It reacts with many elements and in most of its compounds it adopts the +3 oxidation state. [1]

Gadolinium is strongly ferromagnetic (attracted by a magnet) below 19ºC, and paramagnetic above this temperature. Paramagnetic means that the material only displays magnetism in the presence of an externally applied magnetic field. [3]

Most of the gadolinite used today is extracted from the minerals monazite and bastnasite. It is also found in didymia and gadolinite (mentioned above). [4]

Separation of pure gadolinium from monazite and bastnasite is a complex multi-stage process which also isolates several other rare earth elements. First the mineral is crushed, then the rare earth metals are converted to dissolved salts by the action of sulphuric acid or hydrochloric acid. Filtration then removes the salts in solution and thorium hydroxide is precipitated and removed by the action of sodium hydroxide. Ammonium oxalate is then used to create oxalates of the rare earth metals, and the oxalates are reduced to oxides by the action of heat. Nitric acid then dissolves all the oxides except cerium oxide, which is insoluble in nitric acid. Treatment with magnesium nitrate the produces gadolinium, samarium and europium salts, which are separated by ion exchange chromatography and removed. Gadolinium can be isolated from gadolinium salts by using calcium as a reducing agent at 1450ºC in an atmosphere of argon. [1] [5]

Gadolinium is not used on a large scale, but has a number of specific uses - and as with many of the rare earth elements, new uses and new technology are still being developed. 157 Gd has the highest thermal neutron capture of any naturally-occurring isotope. 155 Gd also scores highly in this regard - and for this reason, gadolinium might be used for control rods in nuclear reactors. However 157 Gd and 155 Gd are only present in gadolinium in small amounts and therefore gadolinium control rods have a short useful life. [4] For these reasons, gadolinium is used in shielding and as an emergency shutdown material in some nuclear reactors.

Gadolinium has no biological role, but owing to their paramagnetic qualities, gadolinium compounds have been used as intravenously injected "contrast agents" in order to enhance imaging in MRI and MRA scanning. The gadolinium compounds accumulate in abnormal body tissues, assisting with location of tumors. There has however been some serious controversy over this use, and in May 2007 the USA's Food and Drug Administration warned of several possible side effects, particularly for those with impaired kidney function. [6] Gadolinium has also been used in X-ray systems. [1]

Gadolinium is used as an alloying agent in some steels, and an addition of 1% gadolinium can improve workability, oxidation and high temperature use characteristics of steel. [1]

Gadolinium is used to make gadolinium yttrium garnets (Gd:Y3 Al5 O12 ) which have use in laser and microwave technology. Gadolinium gallium garnets are made using the Czochralski method and have been used as diamond simulants and in optical components.[1]

Gadolinium gallium garnet was also used in substrates of a special type of non-volatile computer memory called bubble memory. Bubble memory, first invented in 1967, is now largely obsolete. This is yet another example of how the rise and fall in demand for metals is influenced by the development of new technology.

Gadolinium is also used in the construction of permanent magnets, as a coating for compact discs and in cathode ray tube monitors.