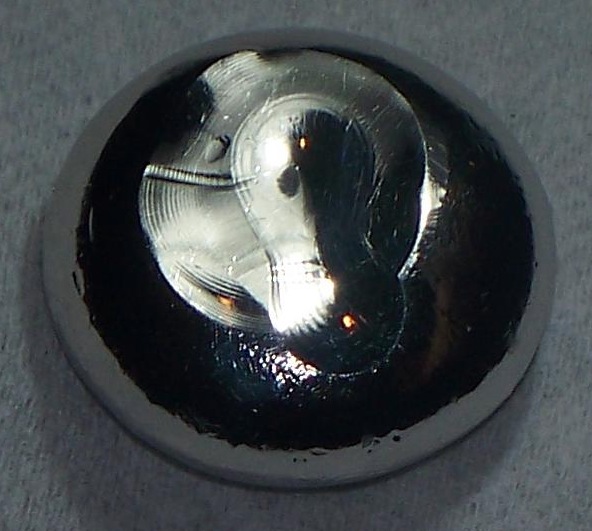 Iridium is one of the six "Noble metals" - the others are silver, gold, rhodium, palladium and platinum. Of these, iridium is the scarcest, the heaviest, the most durable and the most corrosion resistant. Even aqua regia, a mix of hydrochloric and nitric acids which can dissolve gold, cannot dissolve it.[1]

Iridium was first discovered by British scientist Smithson Tennant in 1803. When platinum, brought from Colombia to Europe by the conquistadors in the 17th and 18th centuries, was dissolved in aqua regia, a small amount of residue had long been observed - however no-one knew what it was. Tennant built on the work of others before him, discovered both iridium and osmium in the residue. Iridium was named after Iris, Greek Goddess of the Rainbow, owing to the brightly-colored hue of some of its salts. However it was not until 1842 that iridium of high purity was able to be obtained.[2]

Iridium is a rare element, like all the noble metals. It is estimated to occur at 0.0004 parts per million in the earth's crust (compare with gold at 0.003, silver at 0.08, tin at 2.2, lithium at 17 and titanium at 6,600 ppm). [3] Only three elements are more scarce in the earth's crust - rhenium, ruthenium and rhodium. [1] Iridium production and use is around three or four tonnes per year (3.7 tonnes in 2007) - 30% of which goes to the electrochemical industry. 21% goes to electronics applications such as spark plugs. Around 20% goes to the creation of catalysts. [1] However, its price and supply is also partly governed by the fact that it is produced as a secondary product from ore that is chiefly mined for rhodium. Iridium is mined in South Africa, Russia, Canada and the USA.

Most of the iridium produced commercially is obtained as a by-product of the processing of nickel and copper. Nickel and copper are processed by electrorefining. During the electrorefining process, noble and platinum group metals settle to the bottom of the electrolytic cell as "anode slime". Iridium is separated via chemical processes, which also yield other saleable metals. [2]

It's easy to observe that despite being scarcer than gold, iridium is around half the price. Partly this can be explained because it doesn't have the attractive color that makes some of the other noble metals so desirable for decorative purposes.

Iridium has also been found in meteorites - and the Wilamette Meteorite, one of the largest ever found, has been discovered to contain 4.7 ppm iridium. [1]

Iridium has an extremely high melting point at 2246ºC and it also brittle - meaning it is difficult to work with. It does have industrial uses though - such as in applications where high durability is required at high temperature - such as spark plugs, high temperature electrodes, compass bearings, aircraft engine parts and spacecraft components. It is also alloyed with titanium to make highly corrosion resistant deep water pipes, and used for crucibles used in the manufacture of crystals for industrial applications such as laser technology. [2]

Iridium is used as a catalyst in certain chemical processes, and some modern engine technology: In 1996 Mitsubishi used iridium in an automotive catalyst. This usage resulted in an almost tenfold increase in the price of iridium - and when production ceased, the price dropped back down again almost to where it had been before.

As with other platinum group metals, prices are affected considerably by industrial supply and demand - and the amount of iridium in supply at any given moment is small. Therefore any new demand could trigger rapid, large price increases. As the existing use of iridium is divided among several critical industrial and scientific applications, demand for it is likely to continue to rise.[4]