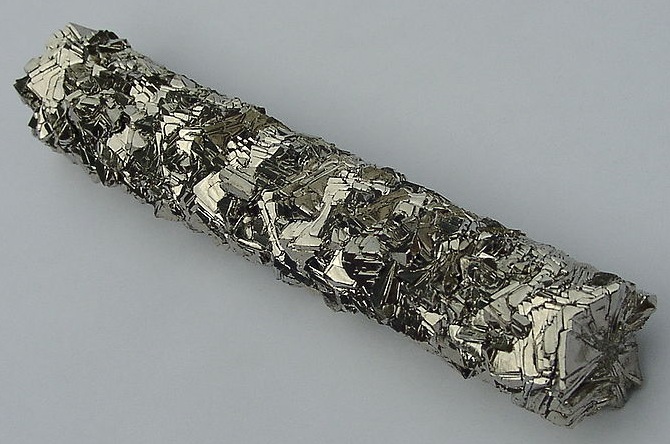 Titanium is a light, strong, silver colored metal. It has gained the nickname "the space age metal" owing to its use in aerospace technologies. It is the metal of choice for such applications because it has the highest strength-to-weight ratio of any metal. When unalloyed, it is already as strong as some steels and a little over half the weight. [1] 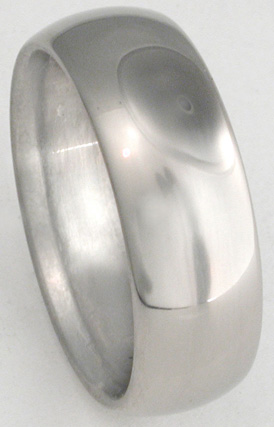 Titanium is the ninth most abundant element in the earth's crust - much more so than tin, lead, mercury and many other metals - but is never found pure - it must be extracted from mineral ores. However, its ores are not typically found in large deposits but is more "spread out" than many other metals. [1]

Although highly corrosion-resistant and room temperature, titanium oxidises at high temperature. It burns when heated to 1200ºC, forming titanium dioxide before it reaches its melting point.[1]

Titanium was discovered in 1791 by William Gregor in Cornwall, UK. [1]

Titanium is a relatively common element - it is the 9th most common element in the earth's crust and is very widespread in distribution, occurring in many minerals. However it very often exists in low concentrations. The most economically significant titanium-bearing minerals are rutile and ilmenite. Australia and South Africa are the world's biggest titanium producers. [1]

Most of the titanium (96%) that is used today is in the form of titanium dioxide - a white pigment that is consumed on a vast scale in a huge number of consumer products. [3] Examples of these products include plastics, sunscreen, toothpaste, paints and papermaking. Titanium dioxide is a brilliant white that is resistant to fading. In 2007, global titanium oxide pigment production was estimated at 4.9 million tons.

Additionally, as a result of Titanium metal's superb strength and resistance to corrosion, it finds its way into a wide variety of alloys with applications including prosthetic devices, sporting equipment, military hardware, aerospace applications, industrial equipment, turbines, corrosion resistant valves, pipes used by the petrochemical industry, disk drives, racing cars and jewelry. [2] Of the titanium metal used, 77% went to aerospace. Many tons of titanium are used in the fabrication of modern commercial aircraft such as for example the Boeing 777. [2]

One interesting area of titanium use is prosthetics. Titanium is considered non-toxic to humans and is "biocompatible" - meaning that it is not rejected by the body. [1] It is therefore used in medical implants such as hip replacements [3] , and in dental implants. Titanium is almost unique in its fascinating ability to osseointegrate - to fuse and form a strong bond with bone. It is also used for surgical instruments and body-piercing jewelry. [1]

Titanium is also used in high-end cookware, and was also famously used for a brief while in the "Titanium" laptops sold by Apple Inc. from January 2001 to September 2003. The "TiBook" as it was nicknamed, was at the time the thinnest and lightest laptop the company had produced to date. Apple has since switched to using aluminium "unibody" construction for laptops. Titanium is also used as a case material by other laptop manufacturers.

Despite not being reactive in the body, Titanium can be a reactive metal under certain conditions. Titanium powder or shavings can be a combustion hazard, with a risk of explosion if heated in air. Titanium also reacts combustively with chlorine; and clean, unoxidised titanium surfaces can catch fire if exposed to liquid oxygen; thus limiting its use in aerospace or other applications where liquid oxygen is in use.[1]

During the cold war, titanium was considered a "strategic metal" and was stockpiled by the USA. The last of this stockpile was used up in 2005. [1]

Titanium is a metal critical to a wide variety of industrial and modern applications. With such an enormously wide base of applications, the demand for titanium would appear to be highly stable and reliable. It seems likely that this demand will continue - as titanium exhibits "best of class" attributes in many areas. [3] In other words, the space-age metal is here to stay.