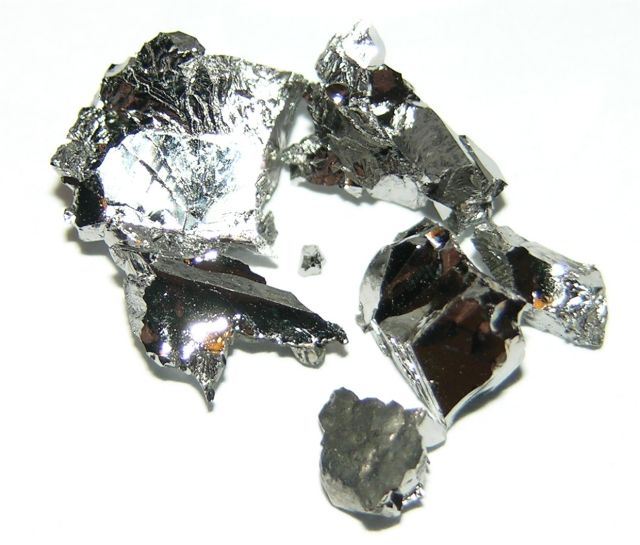 Tungsten - also known as wolfram is a dense, hard metal with atomic number 74. It is extremely heavy - 71% heavier than lead - and has the highest melting point of any pure metal (3422ºC). Tungsten also the highest tensile strength of any metal at high temperatures. It was discovered in 1783 by José and Fausto Elhuyar, who reduced tungstic acid with charcoal. Tungstic acid had been made from the mineral scheelite in 1781 by Carl Wilhelm Scheele. [1]

Tungsten occurs in the minerals scheelite, wolframite, ferberite and hubnerite. China is by far the world's largest producer, producing 41,000 tonnes in 2007 - which is just over 75% of the world's mined tungsten concentrate supply. Second biggest producer is Russia with an estimated 5.9%. Other significant producers are Canada, Rwanda, Austria and Bolivia and there are useful tungsten resources in many countries. [2] [3]

The largest single use of tungsten (around 60%) is in the manufacture of tungsten carbide for cutting equipment - used in construction, drilling, metalwork and mining. [3] Tungsten carbide has the high melting point of 2270ºC .Tungsten is used in high speed steel - and this may contain up to 18% tungsten. [1] High speed steel was first presented at the Paris World Exhibition in 1900. [5]

Tungsten is also used in components where extreme hardness or high temperature operability is required - such as welding, lighting, heating and other electrical applications. [3] Tungsten is used in heating elements, rocket engines, electrodes and integrated circuits. [1]

Tungsten is a component of superalloys used in turbine blades, and is used in armaments and ammunition due to its high density. [1]

Tungsten / tungsten carbide has recently been used to make jewelry because of its hardness and damage resistance. [6]

Owing to its high density, tungsten is sometimes used as a ballast material - for example being used in aircraft and racing cars.[1] Tungsten wire is also sometimes used in the strings of certain musical instruments - for example it is used to create double bass strings and "low C" strings for cellos; which are said to give a sound with more power and projection.

Probably the use for which tungsten is most well known is as a filament for "ordinary" lightbulbs. Because of its super-high melting point, it was able to be used universally in this application - and a few years ago it was predicted that tungsten supplies would quickly be exhausted, partly as a result of this - possibly within a few decades. However, tungsten filament lightbulbs are being phased out due to their higher electrical consumption and being replaced with more energy-efficient LED and compact fluorescent lighting. Of these, compact fluorescent bulbs are cheaper to purchase - but have the additional environmental issue of containing mercury.

With so much of the world's tungsten supply coming from one country, and critical applications in industry, military and aerospace, it is possible that political factors may play into the future of tungsten availability, price and usage in the future. Owing to its enormous industrial expansion in recent times, China has shifted, surprisingly, from being a net exporter to a net importer of tungsten concentrates. China's consumption of tungsten is forecast to increase.[4]