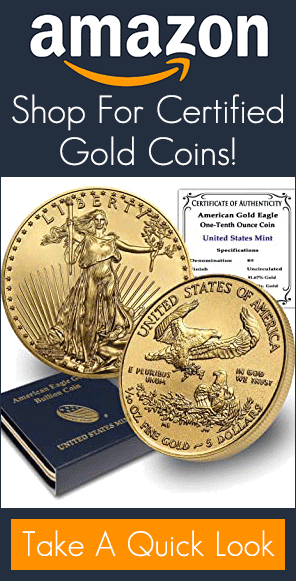 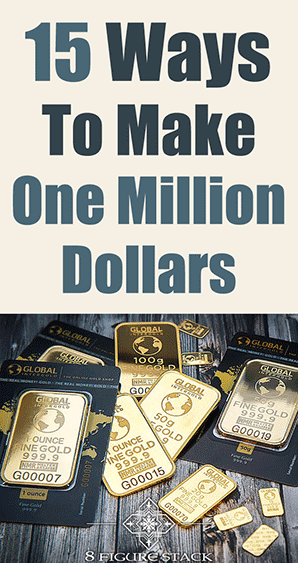 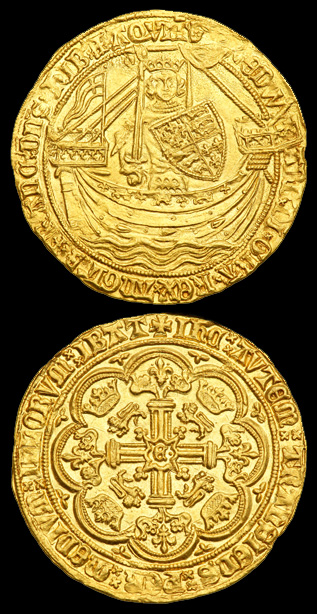 The Gold noble was first struck during the reign of King Edward III of England and was his second attempt at creating a gold coinage. The first gold coin he produced was the gold florin - however that coin was not a success and was withdrawn within a year. It was replaced that same year by the noble - a larger and heavier coin (138.46 grains). The noble had an increased face value of 6 shillings and eightpence; exactly a third of a pound. A half noble and quarter noble were issued at the same time and these three coins are known as the "third coinage, second period" coins (1344-1346). [1] These coins are scarce and valuable now - particularly the noble, which is extremely rare.

The next issue of the noble (third period, 1346-1351) featured a fairly similar design but was slightly reduced in weight, coming in at 128.59 grains. The weight was again reduced in 1351 to 120 grains. In all there are many varieties of these nobles - including variations in the legend to keep up with the shifting Anglo-French political situation. Prior to 1361 all gold nobles were produced at the London mint, however after 1361 nobles were also minted at Calais. Sometimes these coins are found with evidence of having been drilled for use as jewelry; such specimens are significantly less valuable. [2]

Nobles were produced in quantity during the reign of Edward III and the coin was successful, being produced also by subsequent monarchs. Nobles, half nobles and quarter nobles were produced by Richard II (1377-1399) at the same weight - however these coins are less often seen nowadays. Henry IV reduced the weight of the noble to 108 grains in his second coinage, known as the "light coinage." [3]

Henry V (1413-1422) continued to produce the coins with no significant change but numerous minor design variations to the coins.

Henry VI (1422-1461) continued to strike nobles, however the supply of gold began to dwindle after 1426 [1] and nobles were issued in much smaller numbers towards the end of the reign; with a corresponding increase in scarcity nowadays.

From the 1430s onwards, the price of gold began to rise, with the result that the gold nobles were worth more on the continent than in England, where their exchange rate against silver was set at 6 shillings and eight. This meant that the coins were exported en masse to the continent for profit, resulting in a shortage of the coins. The last nobles - those of Henry VI (1430 onwards) and of Edward IV (Heavy coinage issue, 1461-1464) are extremely rare and valuable nowadays. The "cross pellet issue" of Henry (1454-1460) is reported to be unique. [2]

In an attempt to prevent export and melting down of the english gold coin, Edward IV raised the face value of the noble to 8 shillings and fourpence in 1464 and introduced a new coin - the Rose Noble or Ryal which was worth ten shillings and had a weight of 120 grains. However this coin was unsuccessful and was discontinued within a few years. A new coin of six shillings and eightpence - the Gold Angel was introduced in 1464 and this coin was a successful and long lived denomination. [3]